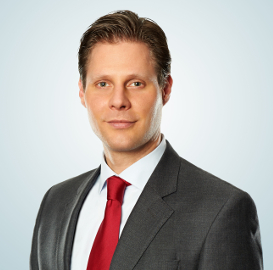 Attorney Dr. Jochen Brandhoff is the organizer of the LEGAL®EVOLUTION Expo & Congress, which he initiated in 2016. Since 2018 he has been an independent publisher of the legal e-journal The LEGAL ® EVOLUTIONary - Journal of the Digital Economy. In 2011, he founded the commercial law firm BRANDHOFF OBERMÜLLER PARTNER specializing in mergers & acquisitions and insolvency administration.

As an expert in the digital transformation of the Legal Advice Act, Digitalization of the Law Firm, Legal Department and Legal. He is involved in several legal tech companies.

Until 2011, Jochen was General Counsel and Head of Legal and M & A of a listed, international plant manufacturer. In 1999, he completed his studies. Before that he founded one of the first legal tech startups in Germany, and after five years sold the e-learning provider. His first company, DECAMERONE, he started during his schooling in 1991. In 1998, he sold the sole distributor of several Italian office furniture manufacturers in Germany.