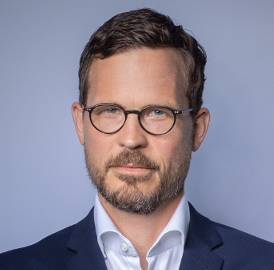 Marcel Ritter is General Counsel at Telefónica Germany. He passed the first state examination in law at the University of Passau and the second state examination at the Oberlandesgericht Munich. After his second state examination, Ritter worked as legal counsel in Singapore in software companies for online banking and brokerage solutions. He joined Telefónica Germany (then VIAG Interkom) in 2002 and since 2006 has held management positions in Legal & Corporate Affairs. As General Counsel, Ritter was instrumental in the IPO in 2012 and the takeover of the E-Plus Group in 2014 and the subsequent integration.