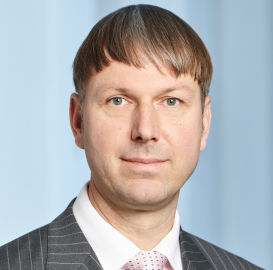 Dirk Helbing (DH, *19.1.1965) works as Professor of Sociology, in particular of Modeling and Simulation at ETH Zurich and is elected member in the Economics and Empirical Social Sciences section of the German Academy of Sciences “Leopoldina”. In the past, he received funds by the German Research Foundation, the EU, private foundations, and industrial partners amounting to approximately 5,000,000 EUR. Thomson ISI lists 6900 citations (now almost 1000 per year), 191 papers, an average of 36 citations per paper, and an h-index of 36. Two publications in Nature [388, 47-50 (1997) and 407, 487-490 (2000)] turned the pedestrian research started with his diploma thesis into a lively international research field addressing pedestrian, crowd and evacuation dynamics. Back in 1990, this thesis already discussed the spontaneous formation of a behavioral convention in a coordination problem, illustrating it at the example of the characteristic side preference in pedestrian counterflows. His PhD thesis appeared as book under the title “Quantitative Sociodynamics” and was awarded two research prizes. It elaborated a stochastic theory of social interactions and proposed a micro-foundation of evolutionary game-theoretic models in the social sciences [Theory and Decision 40, 149-179 (1996)]. It also formalized Kurt Lewin’s social force model of 1951 [Journal of Mathematical Sociology 19(3), 189-219 (1994)]. An overview appeared in the Kölner Zeitschrift für Soziologie and Sozialpsychologie 47(1), 114-140 (1995)]. His habilitation on traffic dynamics earned him the Chair of Traffic Modeling and Simulation at TU Dresden, where he worked as Managing Director of the Institute for Transport & Economics for 7 years. During this time, besides fundamental research, a number of practically relevant projects were performed:
o A pedestrian software for crowd and evacuation simulations was developed, based on the PI’s social force model of pedestrian motion. The software is now commercially available and distributed internationally. It has, in the meantime, supported the planning of the Formula One Grand Prix in Abu Dhabi, the North Melbourne Station, and various arenas and mass events all over the world.
o Based on an application of the “slower-is-faster effect” observed in pedestrian crowds, certain steps in the semiconductor production of Infineon Technologies could be improved, which has increased the throughput by 30% (Helbing et al. 2006).
o The observation of self-organized oscillations of pedestrian flows at bottlenecks inspired a new traffic light control principle based on concepts of emergent coordination and self-control, which was patented by the PI. The practical performance of this approach will soon be tested in a pilot study in the city of Dresden, Germany.
o A video analysis software based on pattern recognition approaches was developed in order to help prevent critical conditions in pedestrian crowds (Johansson, Helbing et al. 2008). The spin-off company Crowd Vision Ltd. established by a previous PhD student is now selling this software worldwide.
o A novel concept was developed for the organization of the pilgrimage in and around Mecca in the context of the construction of the New Jamarat Bridge. The concept required one to take hundreds of factors as well as many religious, political, historical, cultural, financial, and ethical constraints into account. The series of crowd disasters in previous years was stopped by a combination of various measures, and a safe Hajj was celebrated in 2007 (1427H) despite difficult circumstances. These measures include: counting and monitoring crowds through newly developed video analysis tools, the implementation of a scheduling program for pilgrim groups, re-routing strategies for crowded situations and contingency plans for possible incidents, an awareness program and also an improved information system, which has to guide millions of pilgrims speaking about 200 different languages (Johansson, Helbing et al. 2008). The insights gained in this project also helped to understand the causes of the Love Parade disaster in Duisburg (Moussaid, Helbing and Theraulaz, 2011).
o A concept for the quick elaboration of large-scale evacuation scenarios was developed for events of floods and other disasters, see http://www.trafficforum.org/somsstuff/videosite/VISMOD_VISEP_eng.avi
These and other findings were presented in more than 100 invited talks and covered by several hundred international media reports (see http://www.soms.ethz.ch/news/mediaresponse). About a third of all PhD students and postdocs received research prizes (8 altogether, see http://www.soms.ethz.ch/people/theawards). One of them became a Junior professor, two of them represented full professorships temporarily.
The PI’s recent work studies collective behavior [Topics in Cognitive Science 1(3), 469-497 (2009)], the emergence and breakdown of cooperation [Journal of Mathematical Sociology 35,177-208 (2011)], the emergence of social norms (with Karl-Dieter Opp), the outbreak of conflict (with Ravi Bhavnani, Dan Miodownik, and Lars-Erik Cederman), and the spreading of opinions (with Andreas Flache). Three recent papers appeared in the Proceedings of the National Academy of Sciences (USA), one is in print, and two are invited for resubmission. The PI has published together with sociologists, political scientists, economists, biologists, engineers, physicists, and computer scientists.